The Board of Directors of Suez Canal Life Insurance Company is pleased to present its annual report on the company's activities during the financial year ended in 30/06/2016.

The company has been continuously developing and updating to improve the level of insurance service and raise the level of employees' performance at all levels of administrative and marketing.

The conservative investment policy that adopted by the company since its establishment especially in dealing with the stock exchange avoided the company from the risks of fluctuations in the prices of these paper securities and the company has achieved an investment rate on the company's funds by 10.6%.

The results of the Company's activities during the financial year 2015/2016 are as follows:

In the light of the Company's business results, achievements and performance rates in the Company's activity, and as outlined in the financial indicators and financial statements as previously presented, the Board of Directors can't but extend its thanks and gratitude to the Egyptian Financial Supervisory Authority, the General Investment Authority, Mr. Dr. Observer of company's accounts, and gentlemen shareholders for their support as well as all of the employees of the company who have been dedicated themselves in the performance of their work was a commendable effort, as well as thanking our valued customers who are our partners in success.

Finally, we ask Allah almighty to pay off our steps and help us to continue the march of success.

Peace be upon you and the mercy and blessings of Allah … 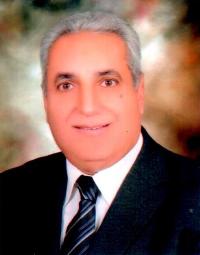