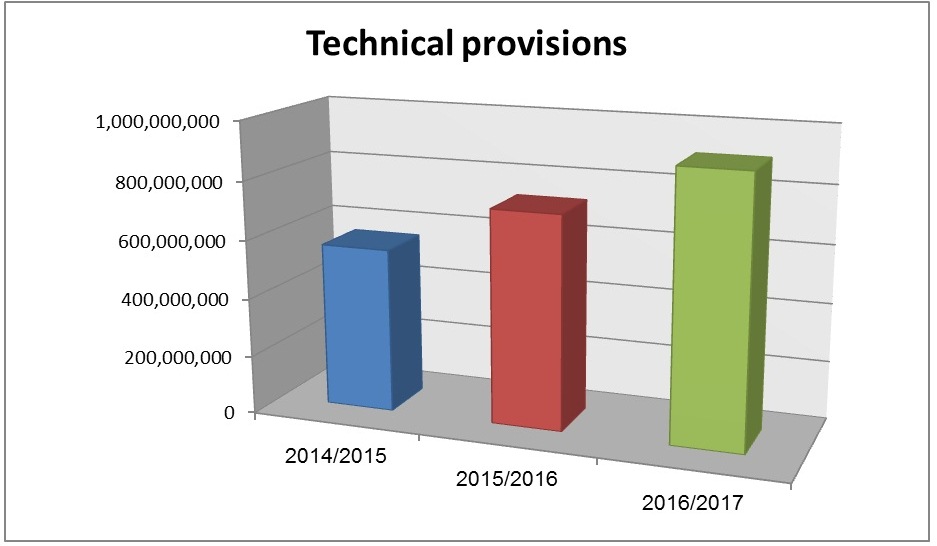 The percentage of collections for the financial year 2016/2017 is about 94% of the written premiums compared to 95% of the previous year, which reflects the company's keenness on preserving the company funds and activating the collections constantly.

These investments are distributed among the different investment channels and are determined by the EFSA as follows: 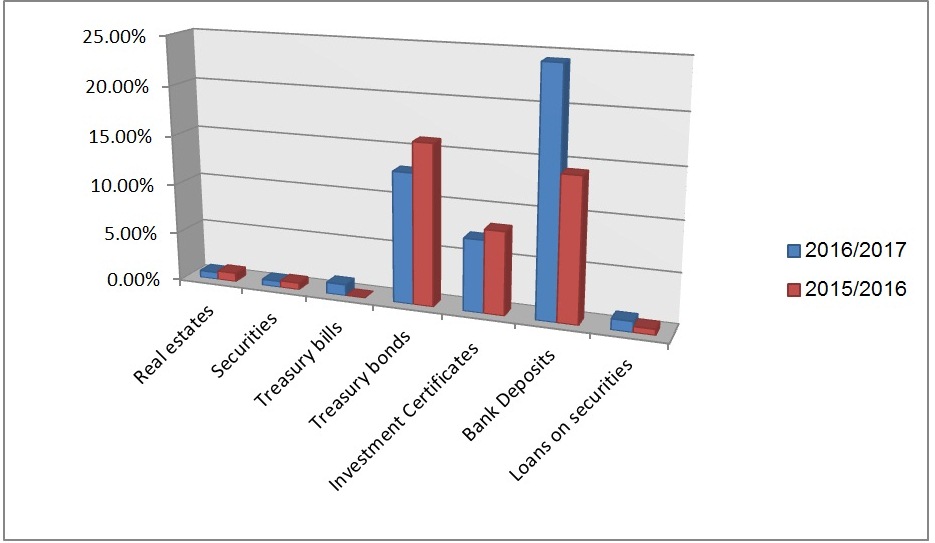